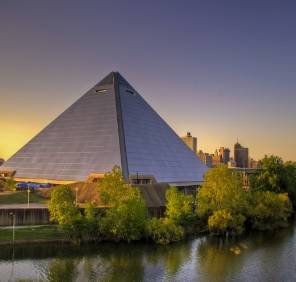 There are other cities named Memphis in USA

Car rental near Memphis in Tennessee

Car rental in airports near Memphis in Tennessee

Rental cars in downtown around Memphis in Tennessee

Drive your car rental vehicle to the birthplace of blues music and Elvis Parsley’s home! Fill the form and enjoy your time with car rental Memphis!

See the most reliable Memphis car rental location and look for Must Know and Places to Visit with car rental Memphis!

Memphis is a town in the southern part of the United States, located on the Mississippi River

Memphis is very young city, founded May 22, 1819. The founders of the city were General Andrew Jackson (later the 7th President of the United States), James Winchester and John Overton. Prior to that, for thousands of years, this was the land of the Indians, which was pushed by Spaniards.

Map for car rental around Memphis in Tennessee

In America the driving distance is often measured in miles, and the speed of cars movement in miles per hour. Every state created its own rules of speed limits that you should consider; information about it is available on the road signs. Ordinary, in Memphis you can drive your vehicle on 25-30 miles/h speed in populated areas and 65 (sometimes 50) miles per hour on freeway roads, like in most US States.

Music has been and continues to be an important part of the city. In 1973, Memphis was the fourth audio recording center in the world, and the music industry was considered the third employer in the city. Since then, the importance of the music industry in the economy of the city has dropped significantly, but the legacy of Memphis music is still thriving. Graceland estate, where “King of Rock and Roll” Elvis Presley lived and died, annually attracts more than 600,000 visitors. This makes Graceland the main attraction of Memphis and the second most visited home in the United States after the White House in Washington. Visit Graceland on your car rental vehicle and feel the atmosphere where great Elvis lived!

Tourist interest areas: Downtown (geographically western district of the city, towering above the Mississippi River), district The Edge (east of downtown) and Midtown (more east). Also, available are a variety of tours and river cruises on Mississippi. Additionally, you can drive down closer to the river and visit Tom Lee Park. You can use car rental service Memphis and drive to Mud Island, which stretches along the downtown. There is well-groomed Mud Island River Park and a museum dedicated to the Mississippi River.

Car rental Memphis recommends to visit Memphis Grizzlies basketball club, which is the only professional club representing the city among the top sports leagues in North America. Their home arena FedExForum, located in the city center, can take more than 18 million viewers.  In the past Grizzlies were located in another building with unique design that bears the name Pyramid Arena. In the nearest future, pyramid will be a shopping and entertainment center. The pyramid is located just on the north of downtown and is clearly visible from the Mud Island. In midtown, which is considered one of the most enjoyable parts of the city, is located Memphis Zoo.

See the legendary place where the Memphis Cotton Exchange was situated and cotton traders were the main developers of global economy. Until now, no one can visit this place except members. Nowadays, this great room is open to the public auditorium and is shearing the story of cotton empires that changed American culture. Grab your car rental vehicle and ride to this legendary place right now!

Drive your children to Children's Museum of Memphis on your car rental vehicle where they can play on exhibits and programs. It is the only place where your children can play with hot air balloon, real airplane cockpit, wind tunnel, air traffic control tower, a flight simulator, and even 50-foot model of the Mississippi River.

Other cities around Memphis